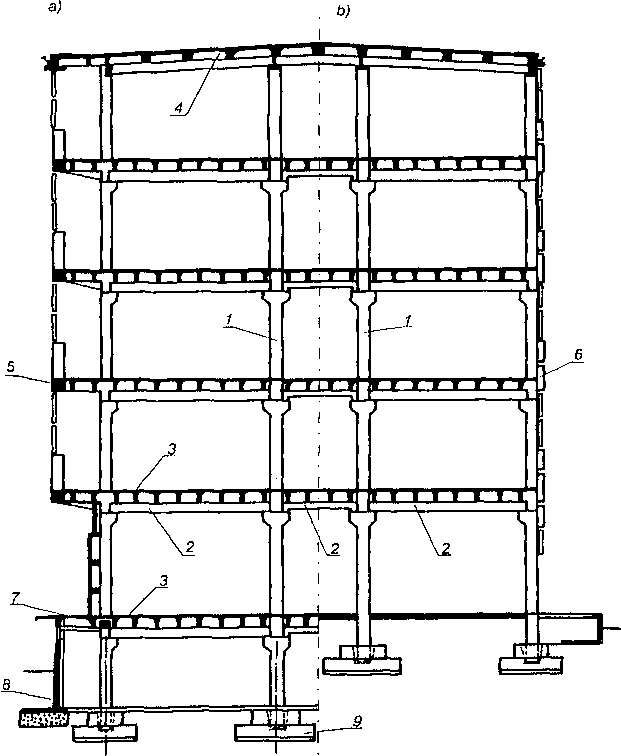 In the BWP-71 system, buildings with a height of up to 5 floors with a basement and no basement.

Basic- the structural elements of the system are poles, bolts and floor slabs. The reinforcement protruding from the columns is used to connect the columns and transoms in the node. The pillars of the ground floor and cellars are set in the chalices of the foundation footings. 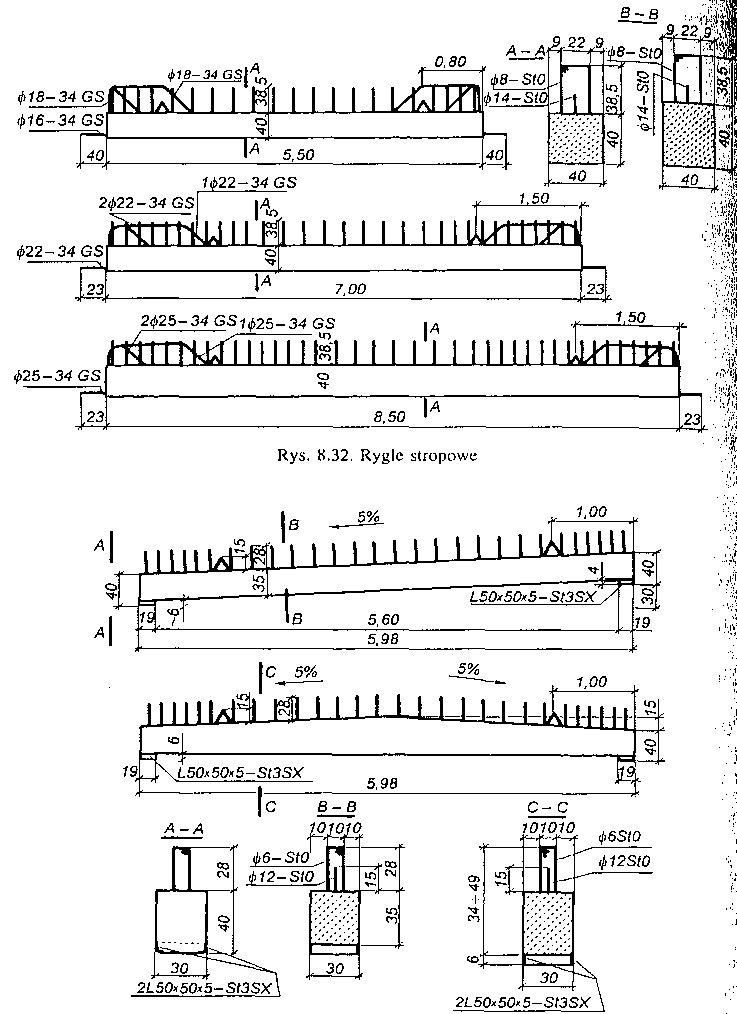 The ceiling and roof transoms are shown in the drawings. 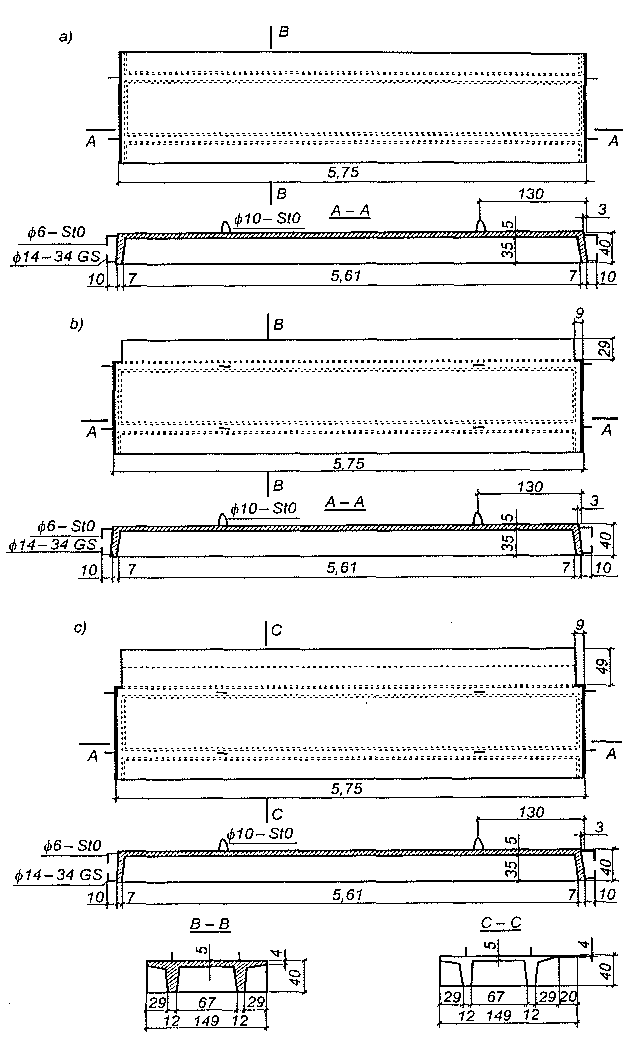 Figure d shows the detail of the connection of the external wall with the column and the ceiling. 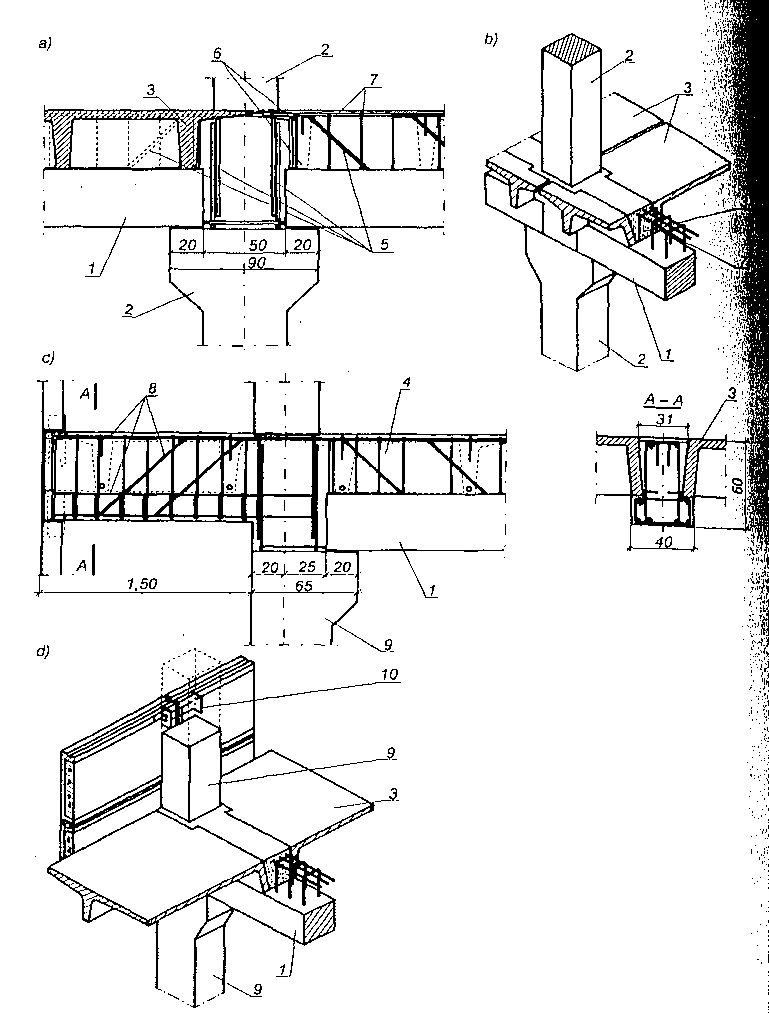 In the BWP-71 system, the possibility of making transoms is also provided (substrings) monolithic concrete blocks concreted on site. Steel forms of bolts can be used for production, which are attached to prefabricated poles. Most of the columns are made with a fixed cross-section without cantilevers. The reinforcement protruding from the column merges with the reinforcement of the rafter (substring), and after concreting, a rigid frame node is obtained.

After the concrete is sufficiently strong, the steel forms of the bolt are transferred to another storey.
The principle of using assembly transoms as steel forms is widespread in all types of construction.