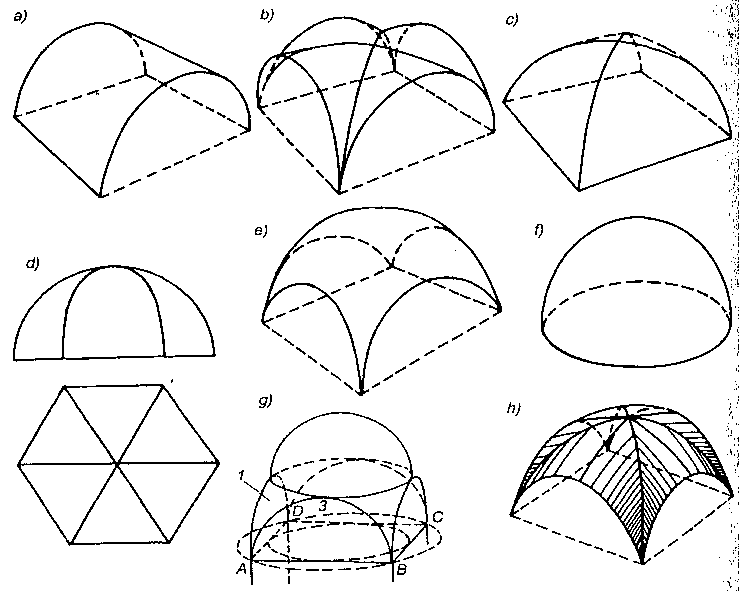 Depending on the purpose of the building and rooms and the architectural design of their interior, the vaults shown in the drawing are used for the covers.

Brick and stone vaults were used in construction from Roman times until the 20th century. Due to the difficulties of their implementation, heavy weight of the vaults, wall expansion forces, these vaults are hardly used any more for ceilings, and the covers of monumental buildings are made of reinforced concrete in the form of thin-walled coatings. In addition, ceiling vaults take up more space than flat roofs. 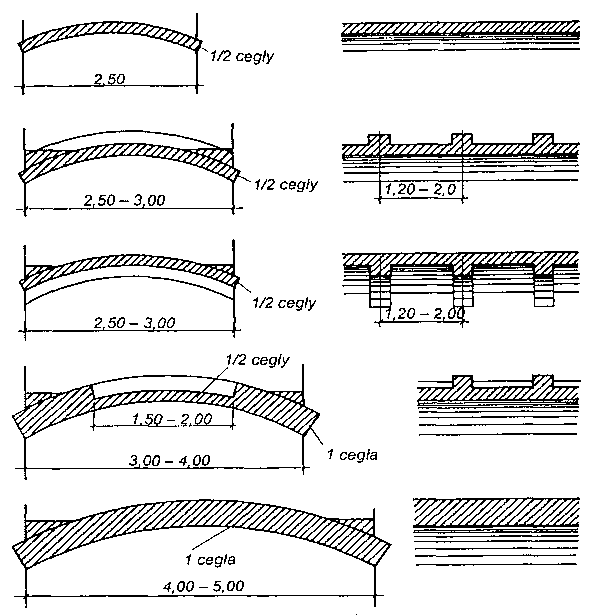 Approximate thickness of the vaults depending on the spans used in residential buildings.