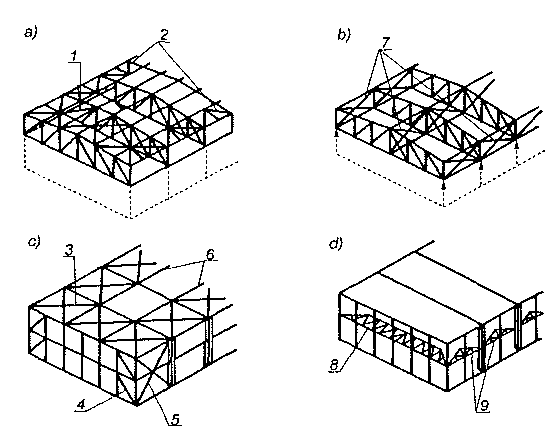 Larger column spacings with a smaller spacing of girders were obtained by using lattice trusses in the longitudinal axes of the hall, on which the intermediate roof trusses are based.
The transverse stiffness of the hall is ensured by frames made of mullions and lattice transoms, and in the longitudinal direction, the poles, longitudinal trusses and beams.
All halls should be properly braced, that the structure does not lose its stability during assembly and use. The figure above shows the types of braces used in hall construction.

If the hall covering is made of reinforced concrete slabs and constitutes a rigid roof shield, then this shield can carry horizontal loads and transfer them to the extreme supports.

Covering large span halls may be made of flat elements and frames, arcs or in the form of meshes one- or two-curvature. 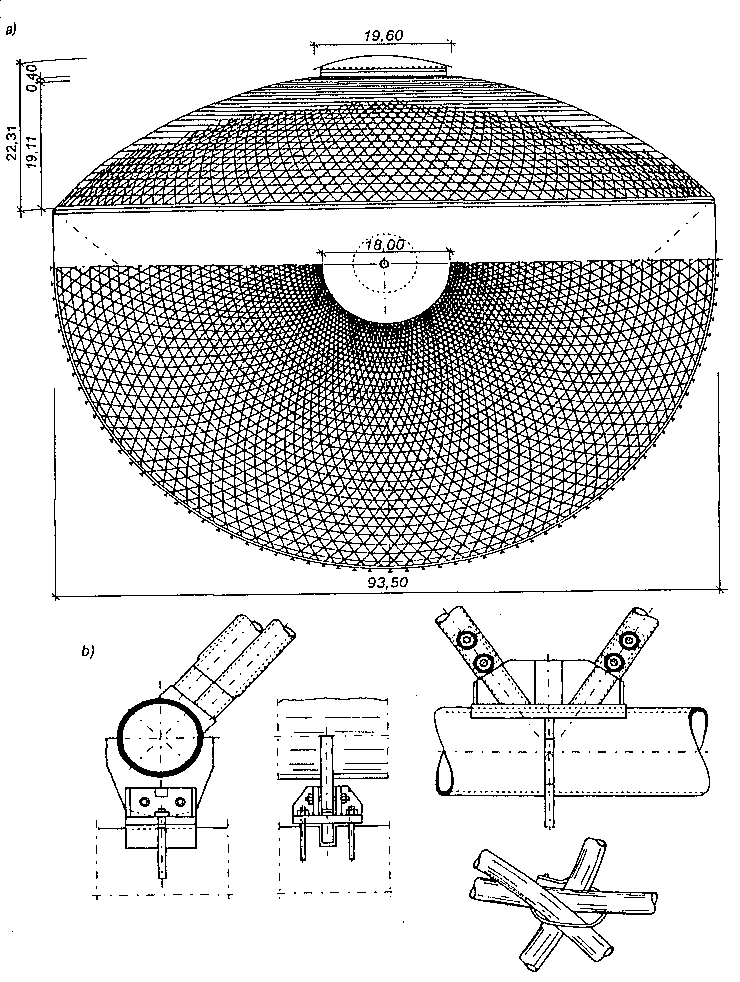 Exhibition pavilion in Brno: a) dome mesh, b) detail of the support rim and mesh tube connection.

Exhibition pavilion in Brno (Czechoslovakia) it is covered with a mesh dome with a span 93,5 m and the arrow 19,7 m made of three sets of pipes specially bent to the shape of the rotating surface of the dome. The single-layer three-way mesh consists of bars arranged along a helix on the surface of the sphere, parallel bars run at the intersection. The rods are connected by means of crosspieces. The dome is covered with sheet steel and transparent plastic laminates.

Rod systems have been widely used in the construction industry for several decades, the so-called. structural. Structural structures are used both for flat covers, as well as for curved covers. There are many solutions for structural covers with spans above 60,0 m.