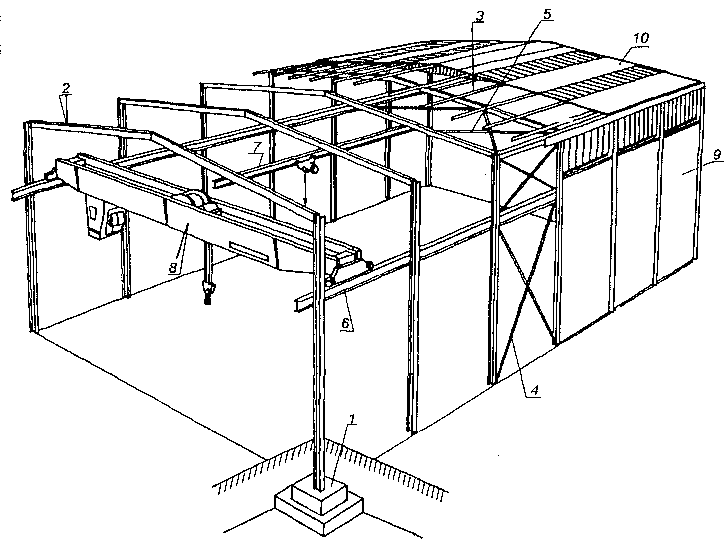 For small hall spans, and sometimes medium, a load-bearing structure is used, consisting of frames made of elements with a full or openwork cross-section. Due to the need to drain water from the roof, the bolts are broken in the ridge. Frames with a lattice beam are usually used to cover halls with medium and large spans, lattice or yucca frames with full or lattice section.

Frame columns can be rigidly or pinned to the foundation. Both full-walled, and the lattice columns of the articulated frames have a constant cross-section along their entire height or a variable one, tapers towards the articulations.

The figure shows the structure of a single-nave hall, which consists of frames with a solid cross-section and a broken transom, perpendicular to the longitudinal axis of the hall. In the longitudinal direction, the rigidity of the hall is ensured by lattice braces - placed in intermediate column fields - crane beams, roof purlins and wall transoms.

The spacing of full-walled frames in the longitudinal direction is usually assumed 4,5-9,0 m. Larger spacings, i.e.. 12,0—15.0 is used in lattice systems.