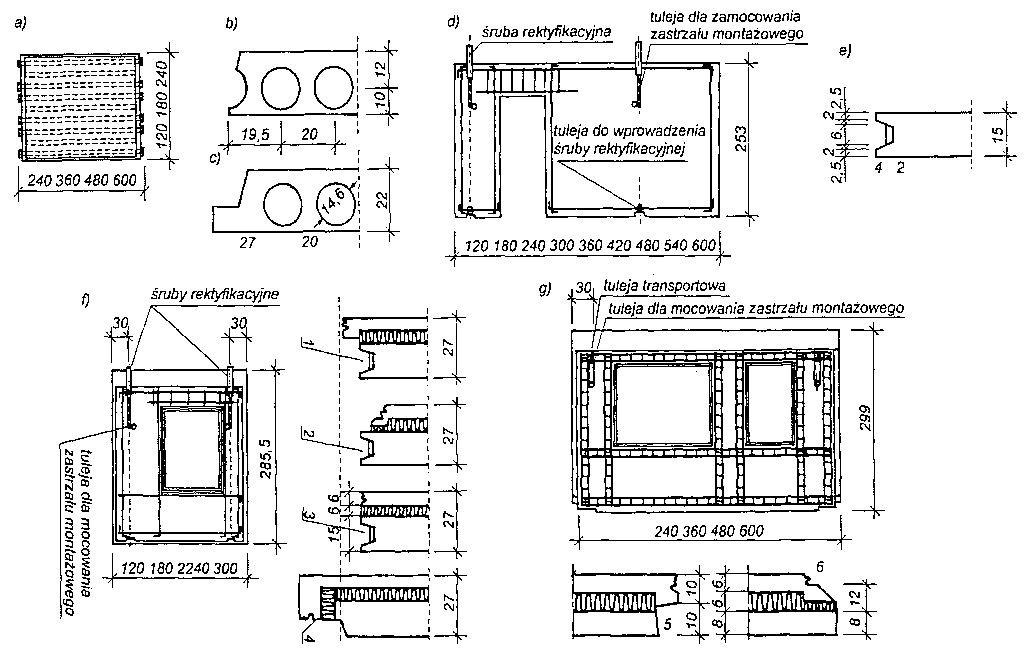 a) introduced, in place of hollow-core floor slabs with a thickness 22 cm plates full of height 16 cm,
b) Due to the change in the thickness of the floor slabs, the shape of the edges and the height of the slabs of external and internal walls were changed,
c) a different shape of the edges of vertical external walls was introduced by replacing the double decompression channel of the sealing part of the joint in the W-70 system with a single channel using a vertical sealing insert,
d) a different assembly of external curtain walls was introduced, consisting in hanging them with steel hangers on transverse load-bearing walls,
e) the lower edges of the load-bearing wall panels are welded together and the ceiling joist is introduced,
f) complete unification of the edges of the front and side floor slabs was introduced, landings and platforms, thereby reducing the number of distinct edge-shaping inserts,
g) a unified solution of external load-bearing walls was introduced as multilayer panels with a thickness 27 cm.