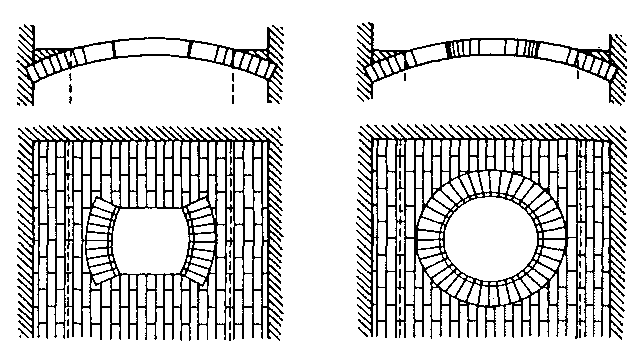 Examples of making holes in the cylindrical vault.

Brick vaults are made of full ceramic bricks, ceramic blocks, concrete blocks and stone blocks. The vaults are built on stiff formwork nailed to the vaults or ribs. The arrangement of bricks in the vault within the openings is shown in the drawing above. 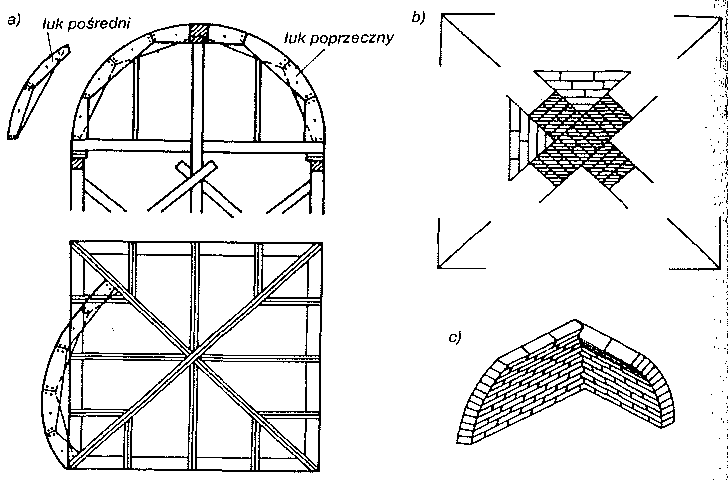 Monastic and cross vaults are much more difficult to make than cylindrical vaults. The arrangement of the circles in the formwork of the monastery vault is shown in Figure a. The vault can be made with ribs with a cross-section 1 x 1 bricks (Lynx. b) or no ribs (rys.c). In a vault without ribs, the layers of bricks touching at the corner must overlap each other (penetrate). Bricklaying of the monastic and cross vaults is carried out on full boarding.

The picture below shows the formwork of the cross vault and the ways of bricks barking in the vault with a regular wall (Lynx. b) or herringbone (Lynx. c). 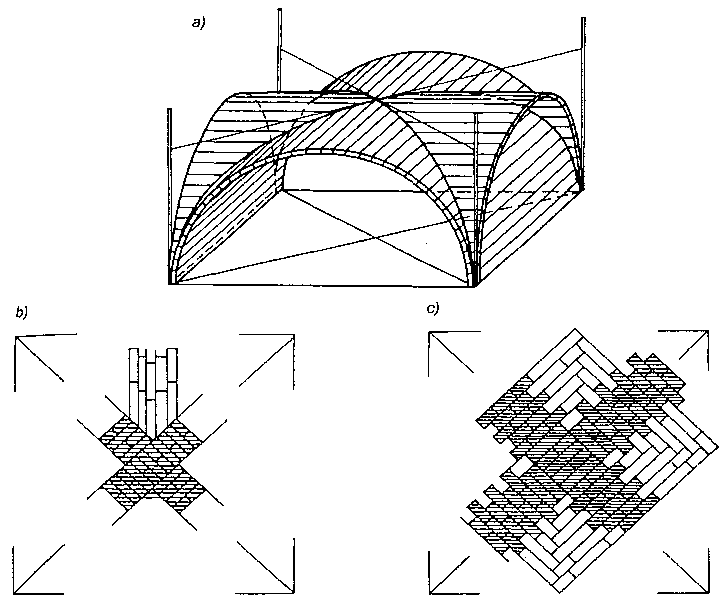