Single curvature rotary shells include single and compound conical shells. They are formed by the rotation of the straight line (forming) around the axis of rotation. Among the coatings with double curvature, the most popular are rotating synclastic coatings, called domes. The synclastic rotating shell is created by the rotation of the curve (making up) with a positive curvature around the dome axis. Depending on the shape of the curve, spherical domes are distinguished, parabolic, elliptical etc..

Double-curvature coatings have been used in the construction of the halls, the so-called. synclastic and anticlastic translational shells. Synclastic translational shells are formed by parallel shifting a curve with positive curvature along another curve also with positive curvature. Due to the shape of the forming, spherical shells are distinguished, parabolic, elliptical etc.. 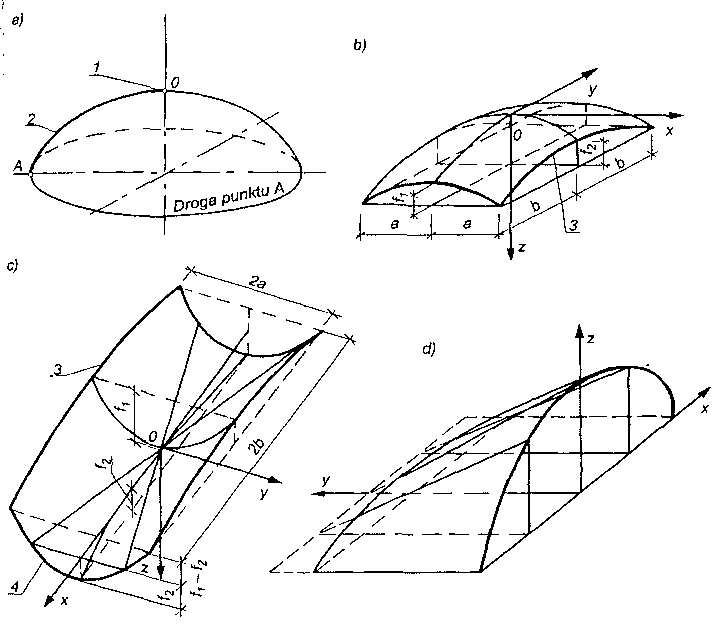 Anticlastic translational coatings are formed by a parallel curve shift with a negative curvature, e.g.. a hyperbola along another curve, but with a positive curvature (e.g.. paraboli) or vice versa. These types of coatings are often referred to as parabolic hyperboloids. 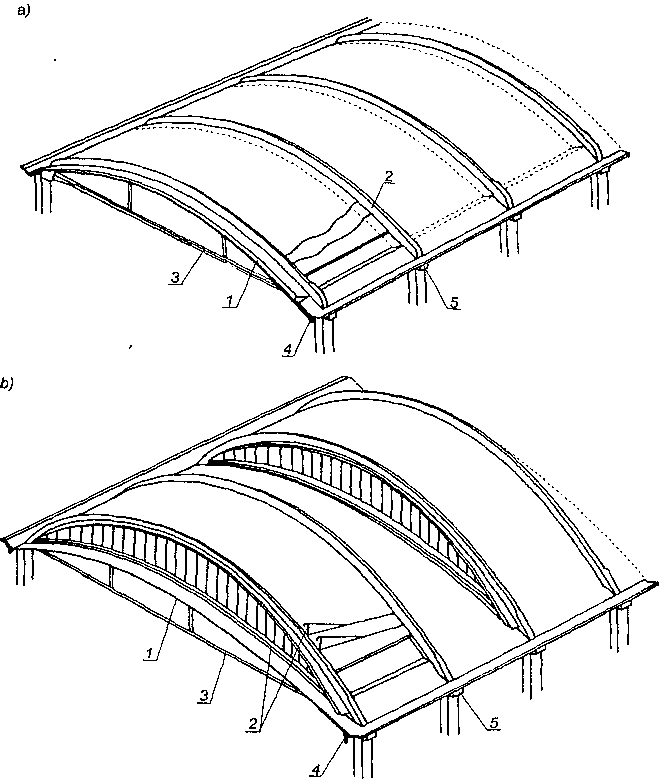 The figure shows a cylindrical single-arrow and double-arrow skin cover. The width of the cylindrical shells is 12, 18 or 24 m. The coating thickness is approx. 6 cm and is bold at the edge beams (headboards). The coating is stiffened by arched ribs. The task of the ribs is to transfer asymmetrical loads from snow and wind and to protect against buckling. When using cylindrical double-sided covers, better interior lighting is obtained (Lynx. b). 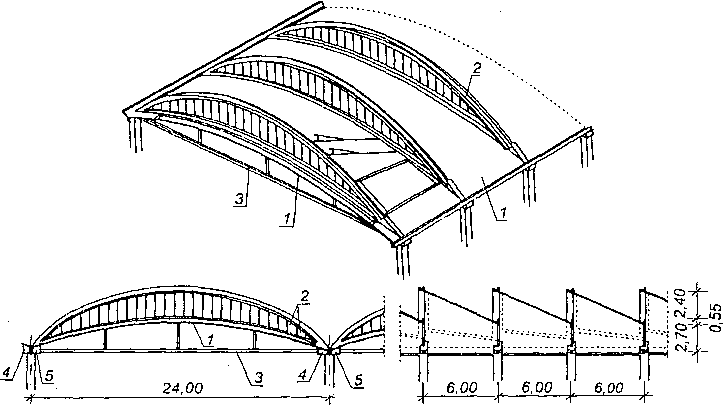 A conoidal cover is similar to a two-sided cover with a difference, that the lighting is one-sided. The span of the conoidal shells is above 20 m. In Poland, conoids on meshes of 25.0 columns are made×7,5 m. Hall coverings are also made in the form of folds made of corrugated boards or shields.