Column-and-slab structures consist of columns and plates, usually single-bay, resting on the poles in the corners. One pole is used- or two-story, less often three-story. The boards generally have a square shape with the dimensions of the sides corresponding to the column grid and are most often based on the column supports or directly on the poles.. Column grids (column spacing) in this solution it is assumed to be smaller than in column-beam structures due to this, that panels with a full cross-section of longer spans are heavy and more difficult to assemble.

The spatial stiffness of buildings with column-slab load-bearing structures is achieved by using shanks or stiffening walls or braces in the transverse and longitudinal directions. The construction principle of the column-plate system is shown in the figure. 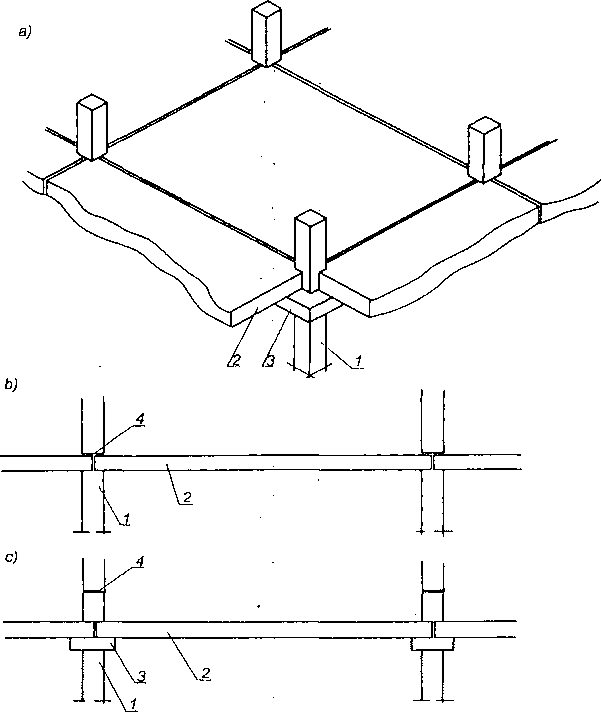 Frame structures with floor slabs that are uniform across the entire projection area of ​​the building are also widespread in many countries, most often erected by the method of raising ceilings. The boards are made in a pile (one on top of the other) at ground level or in the ceiling above the basement, and then they are raised by means of appropriate mechanical devices to the level of building in the first ceiling, installs the columns of the first floor, and then the boards are raised to the level of building the second floor, installs the columns of the second floor, etc.. According to the described method, buildings were erected up to 18 storeys. 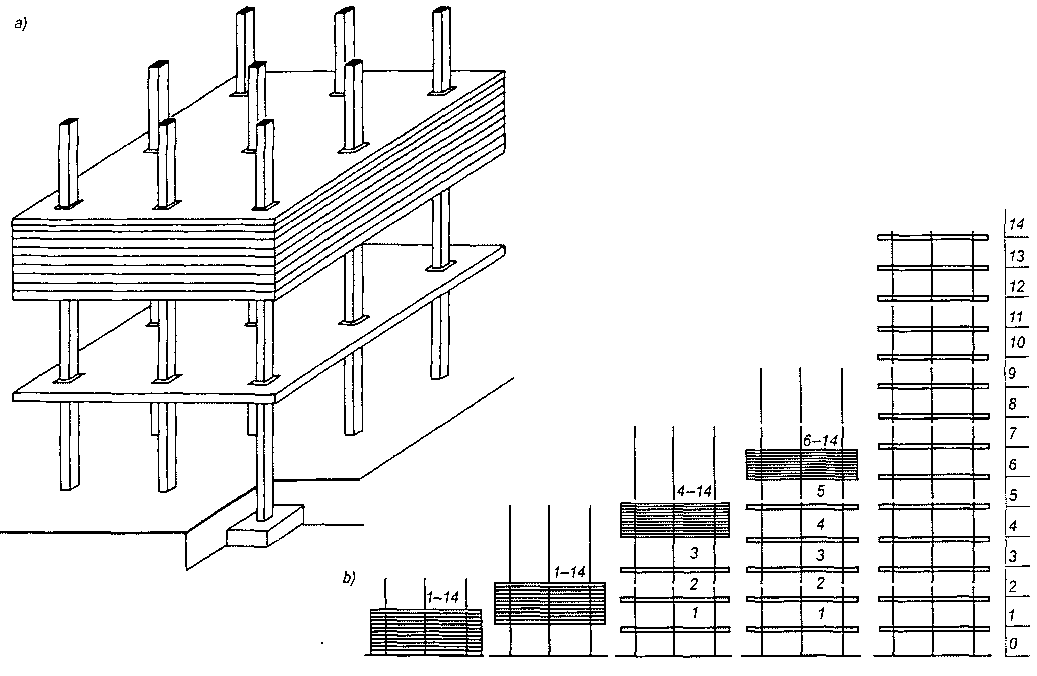 The construction principle of the column-plate system with raised ceilings: a) view, b) the scheme of lifting the ceilings.