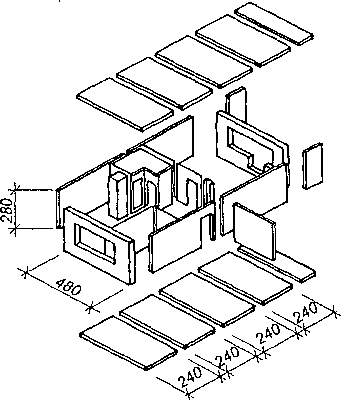 Internal walls with a thickness 15 cm, heights 263 cm and length 240 i 480 cm was produced in the following varieties:
a) full plates 2,4 i 4,8 m,
b) plates with door openings,
c) panels with cantilever lintels,
d) boards with vertical grooves for supporting the foot of the staircase landing,
e) corridor slabs in length 1,4 m,
f) frames for staircases of 11-story buildings. 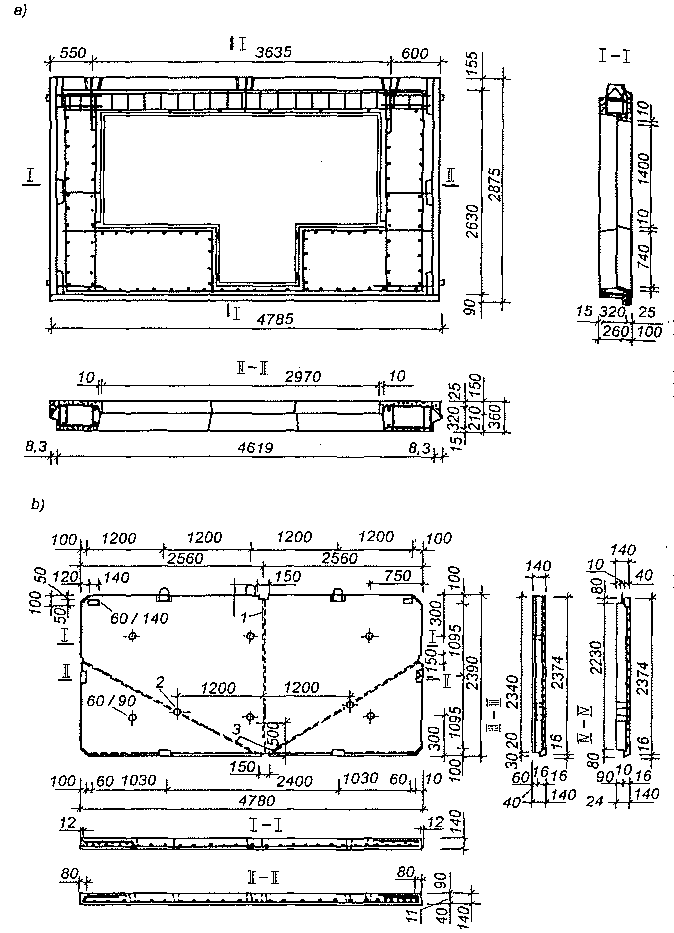 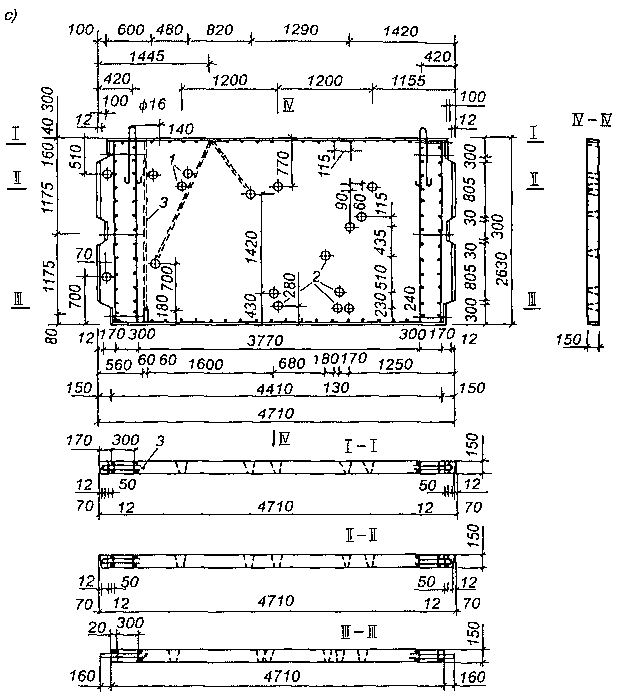